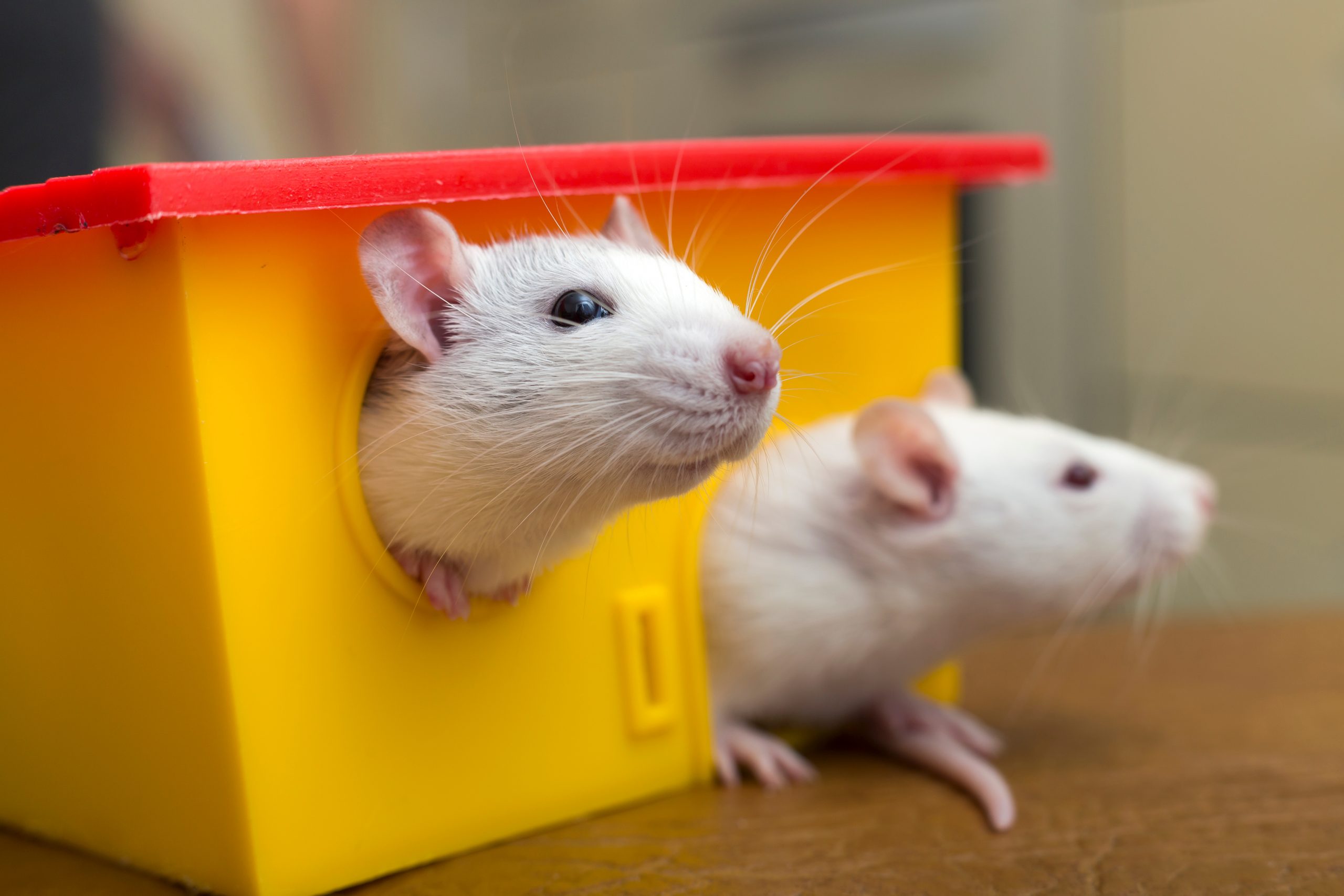 “They just seem in their element”

It’s a phrase you’ve probably heard. For many of us, it means that someone is in a situation they just seem made for.

I think about a dog I train when I hear this phrase. How her urban neighborhood is a scary place for her. But in the woods? She is in her element. And that isn’t exactly far from the truth. Her genes contain a long history of animals that have been well adapted for living in the woods, for being a part of a woodland ecosystem. She reminds me that most beings in life have a context in which they shine.

As animal caretakers one of our most imperative tasks is providing that context for our animals to live in. One that does its best to mimic their individual evolutionary context. We’ve learned how barren, simple landscapes, lack of food choices, lack of safety, or control over one’s environment will set an animal up to be a less than ideal participant in research and provides poor welfare. So, we give them ways to fulfill what they were adapted for. We give them items which are species-specific so that they can engage in behaviors they are highly motivated to do. We know that happy animals equal good research.

All of these thoughts funnel into a single question. As I stand before the third tour group of the day, a mixed flock of prospective students, parents, and teachers, I ask:

“How many of y’all feel like science isn’t for you?”

I get too many hands.

“I feel that.” I responded, “How many of you like science, or Bill Nye, or Hank Green, or the Crocodile Hunter?”  This time, I got a lot more hands. “So, you do like science, then??”

I’m not going to argue that point. I, too, am awful at math. And reading. In fact, I have some pretty awful dyscalculia and dyslexia that can make anything harder than algebra difficult. I’m not going to tell this person they can just try hard enough and succeed.

Instead, I ask “well what are you good at?”

“So has anyone ever said to you that you can be a writer of scientific communications?” A light bulb goes off.

“Seems to me, then, that science just wasn’t presented to you in the right context. In a way that made sense to you and what you feel you’re good at or made for?”  This time I get nods and audible oohs.

“Well, I’m pretty good at picking up poop and taking care of animals. I’m going to talk about what I do, and how I found my own context and maybe as I do so, it can help you.”

With College of Staten Island outreach I get this kind of interaction a lot. A few years back our university’s recruiting office contacted us about giving a tour to a few prospective students interested in biomedical research. Quickly that one-shot tour grew into an entire outreach program where hundreds of students, from grades k-12, were visiting our facility per semester and learning about the research happening in it. The amazing part was that most of the popularity of the tours were due to hearsay between local teachers—many of whom I was once a student of.

It quickly became apparent that I needed to shift the tours into accessibility in science. Whether it was talking to my old teachers that were lamenting the lack of interest their students had or watching eyes glaze over as I talked about the minutiae of the research designs. One sure fire way to get people invested is to be funny, be quirky, be geeky, and emulate all of my favorite science communicators.

With that strategy in mind, I take them into a breeding room. I lift the lid on a large breeder cage, filled to the brim with nesting material, wheels, huts, and tubes, with parents and some pups just shy of weaning. I ask them why all of this “junk” would be in the cage with these mice.

Once the cooing and awing subsides, they answer that they are confused about all the junk in the way. I talk about how mice perceive red colored huts as solid, dark places and that they love to build burrows, so we give them stuff to dig in, and build tunnels. Every enrichment item I connect to a mouse adaptation and connect it back to my job to give them that context. To let them live their best lives.

I tell them we are all adapted for a certain context. Just like our animals. And sometimes we just need to hear that something is for us and can be a part of our life. We are allowed to like things that may not come easily to us and find ways to support those passions and ideals even if we lack a certain skill set.

They ask, “Okay so you like giving them toys, but how does this matter?”

I drop tidbits of jeopardy facts at this point in the tour. Often, I have a lot of kids of color in my tours and as a black person, I want to instill in them that we can be scientists and that we are meant to be in these spaces. I also want to make sure they know that due to history, a lot of things are stacked against us that influence our abilities to shine, that the context of our genes and upbringing and society around us have played a role in systematic oppression. And of course, I want to drop some good knowledge on that snarky comment.

“How many of you know why white skin evolved?” I ask

So, I go on to tell them about the evolutionary path of skin color diversification. It’s okay, dear reader, if you too do not know the answer to this, I’m going to geek out and tell you anyways.

Skin color generally trends with latitude lines. The closer to the equator a group of peoples’ origins are, the darker the skin color. This is because melanin acts like built in sunscreen- and on the equator you need a lot of that. But towards the poles, you need the opposite because the sun’s rays are much weaker and one of the biggest ways for humans to obtain vitamin D is through our skin interacting with the sun. The lighter the skin, the easier for that reaction to happen, regardless of how weak the sun may be.

Now add history into the mix, and people have migrated (or have been forced) around the world far from their evolutionary origins. What happens to darker skinned individuals who are in northern climates in winter? Glad you asked. They have a hard time producing Vitamin D. Such is the case for many black Americans. And symptoms of the deficiency include bone loss, hair loss, fatigue, muscle pain, and decreased immunity. All of this, just from living in a place that’s a bit out of context from your evolutionary origin.

“So if I wanted to do research on how often I would need to put sunscreen on someone at the beach and my research group was all from Sudan, Africa, would those numbers be very helpful to white folks in Ireland?”

Something usually clicks at this point, and they realize that science can explain a lot more than they bargained for. I relate it back to the mice by again reminding them why context is important.

It’s interesting to hear the feedback. A lot of people are shocked that the animals are so well cared for. Or shocked about how these little animals have made a big impact on their lives as I talk about some of the research goals in our facility.

I could explain all day about the specific goings-on of my job, or the specific types of research at our facility. But I’ve found that what really hits home for a lot of people, is knowing that science isn’t some off-limits industry left to the wealthy or the geniuses of the world. It is a lens, a tool, that belongs to and can be used by everyone. And sometimes your involvement in it can be ensuring the health and happiness of animals, or writing a blog post, or giving tours, hoping to ignite a fire in at least one student.

Serendipity has told me that I’ve hit the mark at least a few times. Not only do I give the outreach tours for our facility, but I also run the orientations for our new researchers. A few times now I’ve opened the door to a new researcher, said “Hi, welcome to the Animal Facility, I’m Jouvay” and I’ve gotten the response back:

“I know, you gave a tour to my class a while back and it made me really want to do research here.”

It’s been a while since our facility has given any tours, thanks to the Pandemic. Previously the recruiting office would just send groups our way and we played minimal part in choosing who came into the facility. It was generally school groups or groups that our researchers invited to the premise. We made sure that no one took pictures, and that we generally only showed a few animal rooms, not the overall facility. We’ve tossed around the idea of permission slips or narrowing it down to students that are interested in biomedical research, but such things could make us inaccessible to those that just need to be shown that they indeed belong.

So, I ask of you all, how would you ideally run an outreach program for your facility and what message would you want to get across?